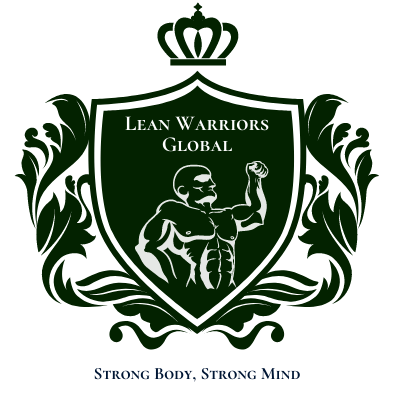 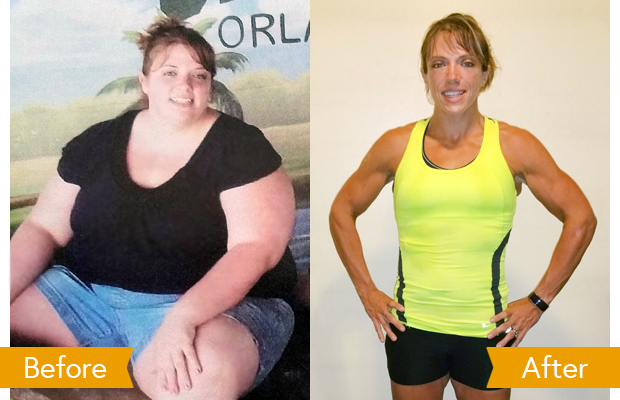 Whether you’re trying to lose 10 pounds or more than 100, these nine weight loss success stories will inspire you to take those first steps you need to make a change.

Together, they’ve lost a collective 603 pounds through eating and lifestyle changes that included Daily Burn workouts!

They’ve relied on food diaries, attitude shifts and plain old exercise to whip their bodies (and minds) into the best shape they’ve been in for years. Find out what motivated each of these men and women to get started — and most importantly, what kept them going in the long run. Steal their secrets and start writing your own success story next.

Started with just 15 minutes of exercise each day 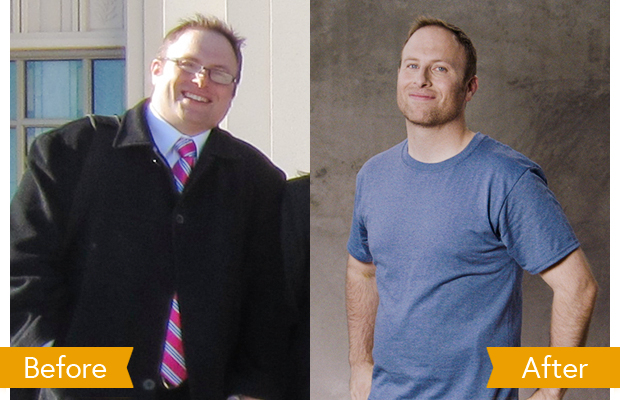 Weight loss wake-up call: At 250 pounds, Chris hated seeing himself in family photos, and was upset by the fact that he could no longer play easily with his three children.

Though he’d always struggled to find the time to work out, he was intrigued when he saw a commercial for Daily Burn on his Roku. “I decided to look through the app and saw that there were workouts that could be done in 10 and 15 minutes,” remembers Chris. “It was the beginning of the year and I decided it was time to make a change.”

Secret to success: Starting small. “I tried not to set my goals too high,” he says. “I wanted to get to 200 pounds but I figured with doing only 15 minutes here and there, there was no way that could ever happen.”

But after cutting fast food from his diet, and focusing on portion control, Diggins started to lose weight. “What set this apart was that it was the longest I’d been on any exercise program because it was hard to tell it no,” Diggins says. 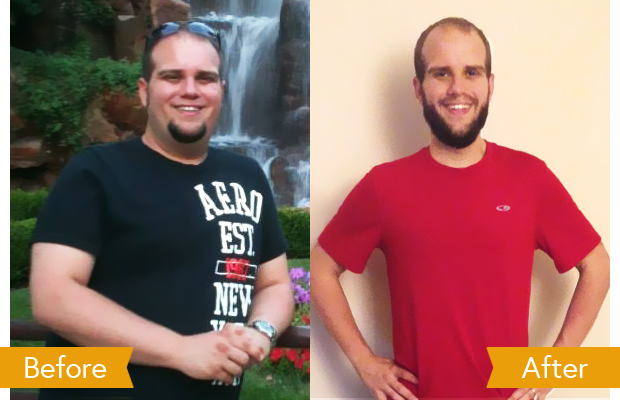 Weight loss wake-up call: When Alex Clary got a scary report from his doctor post-college, he realized it was time to make a change. Heart disease ran in his family — and he didn’t want to be susceptible to health problems down the road. “That was the trigger, I thought, ‘I’ve got to do something about this,’” he recalls.

Secret to success: Tracking calories. For the first month of Daily Burn, Alex didn’t make any changes to his diet — so he didn’t see much progress on the scale. After realizing he needed to get his portion sizes under control, he began using a calorie-tracking app to monitor what he was eating. “It was like a switch flipped as soon as I changed my diet.

That first week I lost a couple pounds, then a couple more the next week,” Clary says. “It was so exciting and there was nothing more motivating than actually experiencing that change.”

Got her confidence back 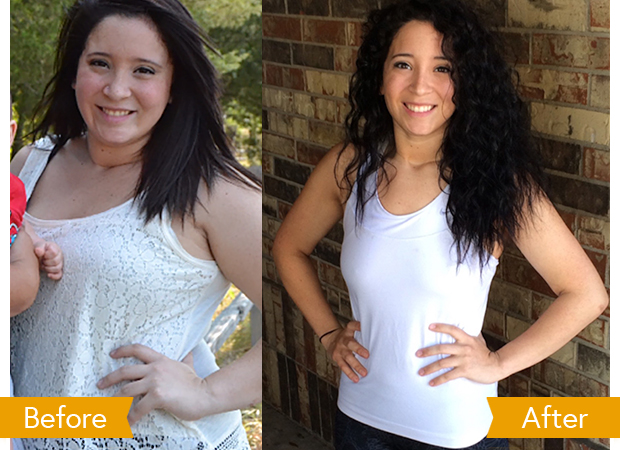 Weight loss wake-up call: It wasn’t until after giving birth to her son that Herrera’s weight became a problem. “[It was] just me continuing to eat for two even though I wasn’t feeding two anymore,” she recalls. “And I’d say, ‘Oh, I’m just big because I had a baby!’”

But after the death of her grandmother, she realized it was time to get her weight under control. “I kept the clothes she bought me because I wanted to hold on to them, but they didn’t fit,” Herrera says.

Secret to success: Short-term goals. “My ultimate goal was just to get to 145, but my short-term goal was to cut it down halfway to 165,” Katarina says. “I’d give myself many goals, just so I wouldn’t get discouraged.”

Slowly, she started swapping her usual breakfast of toast for a protein-packed meal of eggs. Baked chicken and veggies replaced breaded chicken and mashed potatoes at dinner. “It’s all about feeling confident rather than what the scale says,” she notes.

Made tiny changes to lose 100 pounds 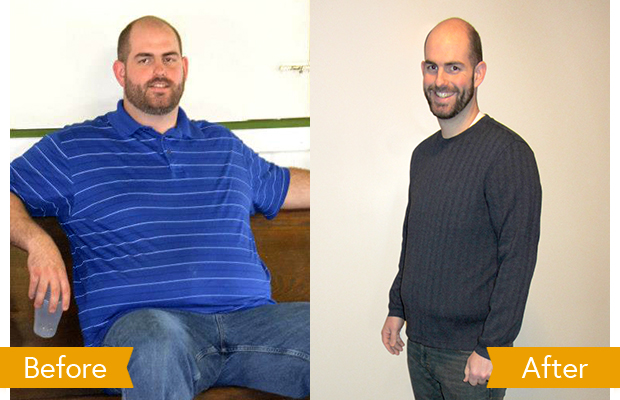 Weight loss wake-up call: When his daughter was four years old, McKinley knew the 320 pounds he held on his frame were holding him back from being the dad he wanted to be. “We were running outside trying to fly a kite and I realized I couldn’t run around very well,” McKinley, 31, says. “Just realizing I had gotten to the point that I couldn’t run with my daughter anymore was a wake-up call.”

Secret to success: Small changes. Though he had a history of crash dieting, McKinley decided this time would be different. “I slowly started incorporating more vegetables and fruit into my diet,” he says. “It was definitely a slow process.” Eventually, he found his grocery cart stocked with 90 percent produce — whereas in the past, it had been mostly processed foods.

“A lot of people try to jump into it all at once and say they are going to do all this to see change quickly,” McKinley says. “For me, I did slow diet changes and also a slow exercise progression. I think that’s what allowed me to continue or I would have burned out and given up on myself a long time ago.” 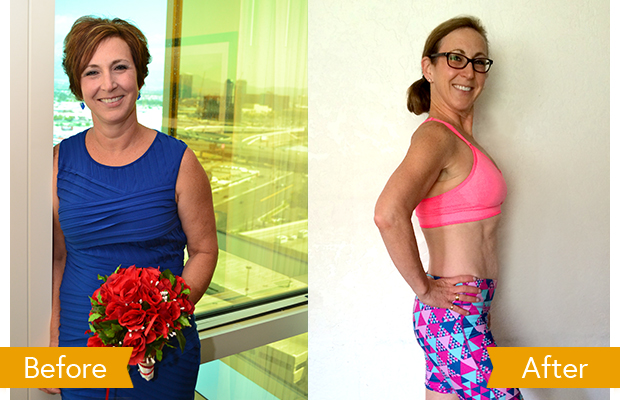 Weight loss wake-up call: Though she’d struggled with disordered eating and weight gain for a long time, it wasn’t until she met her now-second husband that Idoni decided it was time to shape up for good. Plus, as a mother of five, she wanted to be a healthy role model for her children.

Secret to success: Learning to shop healthy on a budget. With a large family to feed, Idoni had to get creative in the kitchen to stretch her funds. “I’ve found that cooking things by scratch takes a lot of time, but you get a lot of nutrients and it’s pretty cheap, so I buy a lot of dried beans, because it can go a long way,” she says. “We also use a lot of potatoes and rice, and I try to get things on sale and buy in multiple when I can,” she says. 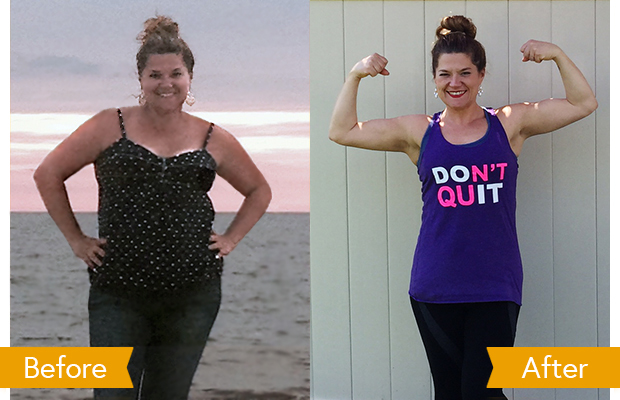 Weight loss wake-up call: The 183 pounds Shingletown was carrying on her 5’3” frame was starting to take a toll on her body. “…I was having a year-and-a-half long bout of plantar fasciitis in the bottom of both of my feet,” she says. “It was miserable, every time I would get up, I was hobbling.” Even though her injury may have been unrelated to her weight, it prompted her to start eating clean and getting fit.

Secret to success: Finding a diet that worked in the long-term. When she was overweight, Shingleton used to skip breakfast and lunch, only to find herself snacking and overeating at night.

Fad diets had failed her — so she decided to mix things up. “I started to focus on eating clean, whole foods…I eliminated anything white, sugar, flour — and most items with gluten in it,” she says. “And then I concentrated on adding more protein. I’d do a meal-replacing shake for breakfast.” 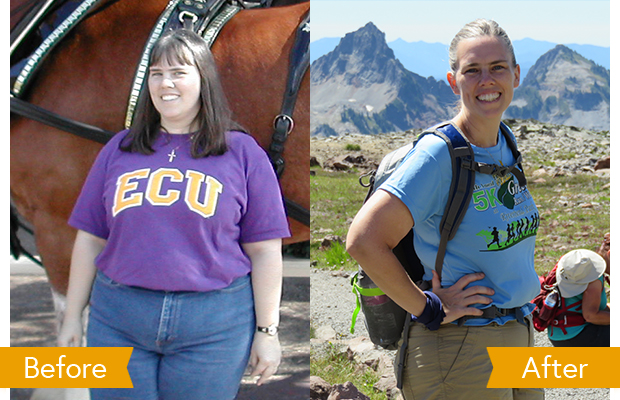 Weight loss wake-up call: After suffering from appendicitis, Bloom feared she’d only end up spending more time in hospitals later in life if she kept gaining weight. “I said, ‘OK, this is such a miserable experience. Even though [appendicitis] isn’t a weight-related issue, someday there will be one,’” she says.

Secret to her success: Staying positive. An optimist at heart, Bloom’s sunny attitude helped her stick to her routine of measuring what she ate and exercising diligently. “While I’m exercising, I’m telling myself, ‘You can do that, you’re strong, you’re fast, you’re amazing,’ and then my body will follow,” Bloom says.

Weight loss wake-up call: Though she always remembers being heavy, Fields’ weight really started to escalate after the birth of her daughter. When she saw a photo of herself on a cruise in March 2014, she got inspired to change her ways.

Secret to her success: Keeping a food journal. Fields had more than 100 pounds to lose — and she knew she needed a way to keep herself accountable. So whenever she ate something, she’d either write it down or take a picture of it. “That was very revealing,” she says. “You can say ‘I had a cup of macaroni and cheese,’ but, well, did you really have a cup or was it way more than that?”

Changed her outlook to change her body 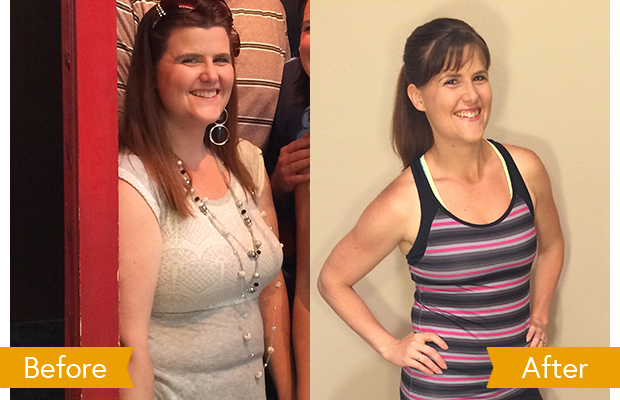 Weight loss wake-up call: When Stacy Cole booked a trip to the Caribbean to celebrate her wedding anniversary, she decided to use it as motivation to shed pounds from her frame.

Secret to her success: The right attitude. “To be very honest, my diet hasn’t changed too much, but what I think has changed the most is my mindset. Because I’m not calling it ‘a diet,’” she says.

Instead of doing a huge overhaul, she started making tiny tweaks to her meal plan. Rather than eating pasta, she’d make spiralized veggies. And instead of snacking on chips, she’ll grab an apple or some green beans. “I’m taking care of my body, I’m putting in good food,” Cole explains.

James is the founder of Warrior Network & helping people around the world get lean & healthy again.  Also enjoys working out, fasting, music, movies, being out in nature, coastal walks, personal development and living as freely as possible! 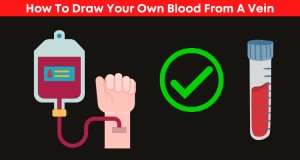 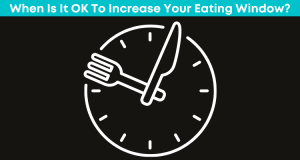 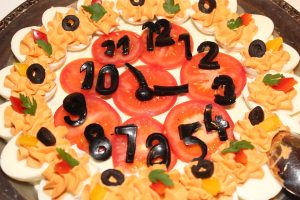 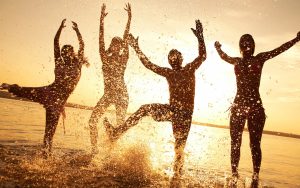 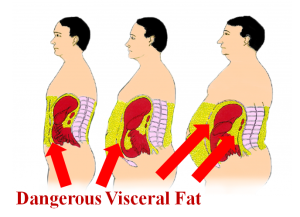 Latest On The Blog