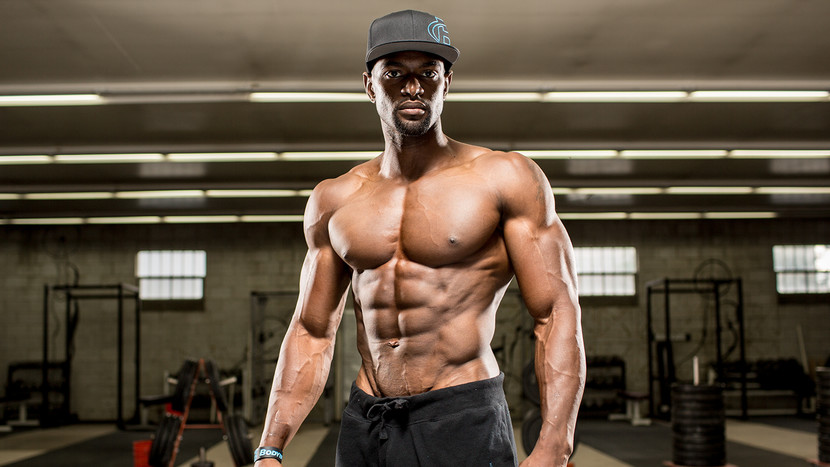 FACT: Establishing the metabolic state of ketosis even for a short period of time has many outstanding benefits.

What exactly is Ketosis? The metabolic state of ketosis simply means that the quantity of ketone bodies in the blood have reached higher-than-normal levels. When the body is in a ketogenic state, this means that lipid energy metabolism is intact. The body will start breaking down your own body fat to fuel the body’s normal, everyday functions.

What’s So Great About Being In Ketosis?

Ketosis has a protein-sparing effect, assuming that you are consuming adequate quantities of protein and calories—0.7 grams per pound of body weight per day—in the first place.[1] Once in ketosis, the body actually prefers ketones to glucose. Since the body has copious quantities of fat, this means there is no need to oxidize protein to generate glucose through gluconeogenesis.

Another benefit has to do with the low levels of insulin in the body, which causes greater lipolysis and free-glycerol release compared to a normal diet when insulin is around 80-120. Insulin has a lipolysis-blocking effect, which can inhibit the use of fatty acids as energy. Also, when insulin is brought to low levels, beneficial hormones are released in the body, such as growth hormone and other powerful growth factors.

Another small but very important benefit of the ketogenic diet is that when in the state of ketosis, ketones, along with a high protein intake, seem to suppress appetite.  A high-carbohydrate diet, on the other hand, increases hunger levels. Because you have to consume a lot of fat on a ketogenic diet, which hold 9 calories per gram, you are not getting much food volume. It’s not mandatory to be hungry on a reduced-calorie diet.

Where Is The Scientific Data?

Fatty acid production in fat tissue is stimulated by epinephrine and glucagon, and inhibited by insulin. Insulin is one of the hormones the pancreas secretes in the presence of carbohydrates. Insulin’s purpose is to keep blood glucose levels in check by acting like a driver, pushing the glucose into cells. If insulin were not to be secreted, blood glucose levels would get out of control. 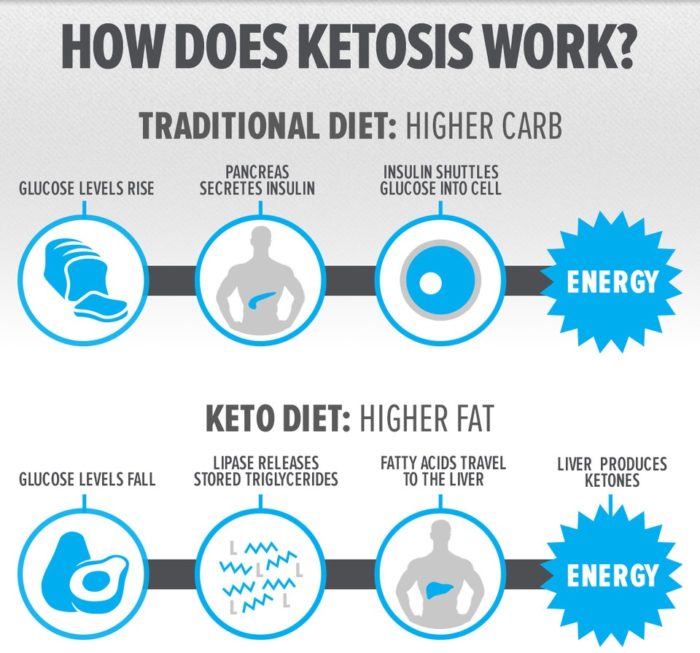 Glucagon is on the other side of the spectrum; it is insulin’s antagonistic hormone. Glucagon is also secreted by the pancreas when glucose levels fall too low. This usually happens when a person skips meals, or does not consume adequate amounts of carbohydrates for an extended period of time. When this happens, glucagon is secreted by the pancreas to break down stored glycogen in the liver into a more usable form, glucose.

When the body’s glycogen stores begin to get depleted, rates of beta-oxidation increase, resulting in the mobilization of free fatty acids from fat tissue. This is where the metabolic state of ketosis comes in. During beta-oxidation, ketone bodies are released from the liver—because they cannot be utilized by the liver—and travel to the brain to be used for fuel. The free fatty acids can then be turned into a usable energy substrate.

What Is A Ketone, Or A Ketone Body (KB)?

A ketone body (KB) is a byproduct formed during the conversion of fatty acids to fuel. Some fatty acids are oxidized by the liver for energy production. Others can be partially oxidized to form the substrate acetoacetate, which is then converted to beta-hydroxybutyric acid; collectively, these are termed ketone bodies. Ketones can be used by all tissue containing mitochondria, which includes muscle and the brain.

Does Being In The Metabolic State Of Ketosis Present Dangers?

I feel the benefits of the ketogenic diet outweigh the pitfalls, but as with any diet, speak with your doctor first. Some of the points of arguments are:

During the first few weeks of the ketogenic diet, the body has to go through the “metabolic shift,” as Dr. Mauro DiPasquale calls it. While going through this, the body will experience a small degree of fatigue, brain fog, and even dehydration due to the increased water loss associated with ketoic-induced diuresis and water loss from depletion of glycogen stores.

Once the body gets used to manufacturing ketones as the main energy substrate, the body actually has more energy than it previously had, and you won’t have to be fighting through all those low-blood-sugar crashes your high-carb meals previously gave you. Additionally, hydration should be an area of high priority, especially before, during, and after exercise.

Blood-lipid profile is also a concern on the ketogenic diet due to the staggering amounts of saturated fats in the diet, although the diet can be centered around healthier unsaturated fats—which isn’t as fun as eating an egg and cheese omelet, fried in butter, with bacon on the side!

Because carbohydrates are restricted to less than 50 grams a day, the issue of micronutrient deficiencies can occur. Thiamin, folate, calcium, iron, potassium, and magnesium are typically inadequate in low-carb diets. The best thing to do to avoid this is to make sure you take a high-quality multivitamin to ensure you get 100 percent of the daily value. Also supplementing with a fiber supplement is a good idea to make sure your plumbing doesn’t get clogged.

Ketoacidosis occurs when the level of ketones in the blood gets out of control, which poses a severe health risk for diabetics. When massive quantities of ketones are produced, the pH level of the blood drops, creating a high-acidic environment. Nondiabetics need not fear, as the regulated and controlled production of ketone bodies allows the blood pH to remain within normal limits.

What About The Anticatabolic Effects Of The Ketogenic Diet?

Every reduced-calorie diet is catabolic, meaning the diet can cause you to lose muscle. ‘This is largely due to the fact that you are consuming less energy, so your body relies on other tissue (i.e., protein) to serve as an energy source. Added to that, some dieters do copious amounts of aerobic exercise when dieting, which can cause further breakdown of muscle. The brain can also call on protein to create more glucose for energy needs—a process called gluconeogenesis. 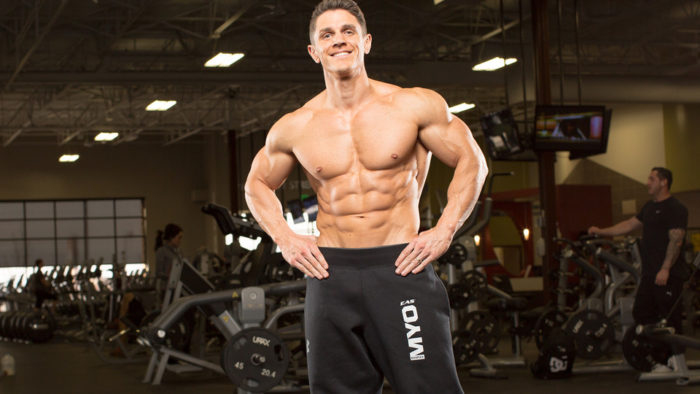 Ketosis is different, because, when in the state of ketosis, the brain will prefer ketones over glucose. For the dieter this is good! The body will not have to break down protein for energy. In turn the body will be forced to use its fat reserves, a.k.a. your love handles, for its energy. This is why a low-carb diet is such a good method of dieting.

So What Is The Best Way To Get There?

Through experimentation, I have found that the best way to get into the metabolic state of ketosis is by starting off using a fairly high-fat intake with smaller amounts of protein. After your body gets into ketosis, the fat intake can be reduced and the protein intake can be increased. Keep in mind that keto-adapation takes about three weeks, so be patient!

Article and images sourced from BodyBuilding.com, access the original article by clicking here

If you got value from the content then please consider making a donation to help us get the message out there about how to get lean & healthy! Thank you

Warrior Network founder and also enjoys digital marketing, working out, fasting, music, movies, being out in nature, coastal walks, personal development and living as freely as possible!  Warrior Network seeks to empower you to be the best version of yourself and step over your limits into a new world of physical, mental, emotional, financial & spiritual harmony and wellbeing… 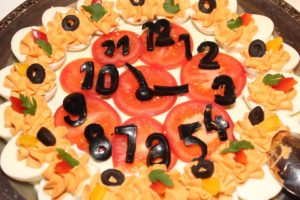 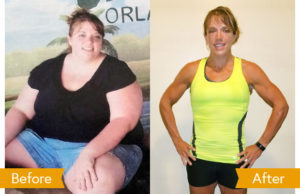 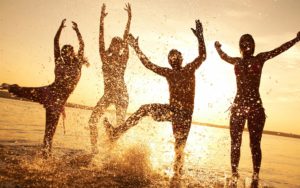 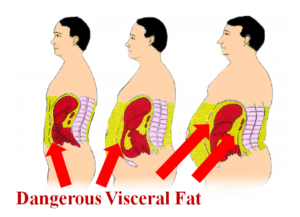 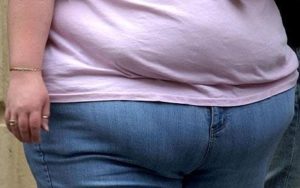 This site uses Akismet to reduce spam. Learn how your comment data is processed.

Want To Ask A Question?

Your question is saved and will appear when it is answered.

Latest on the health blog